Birthday of the Square 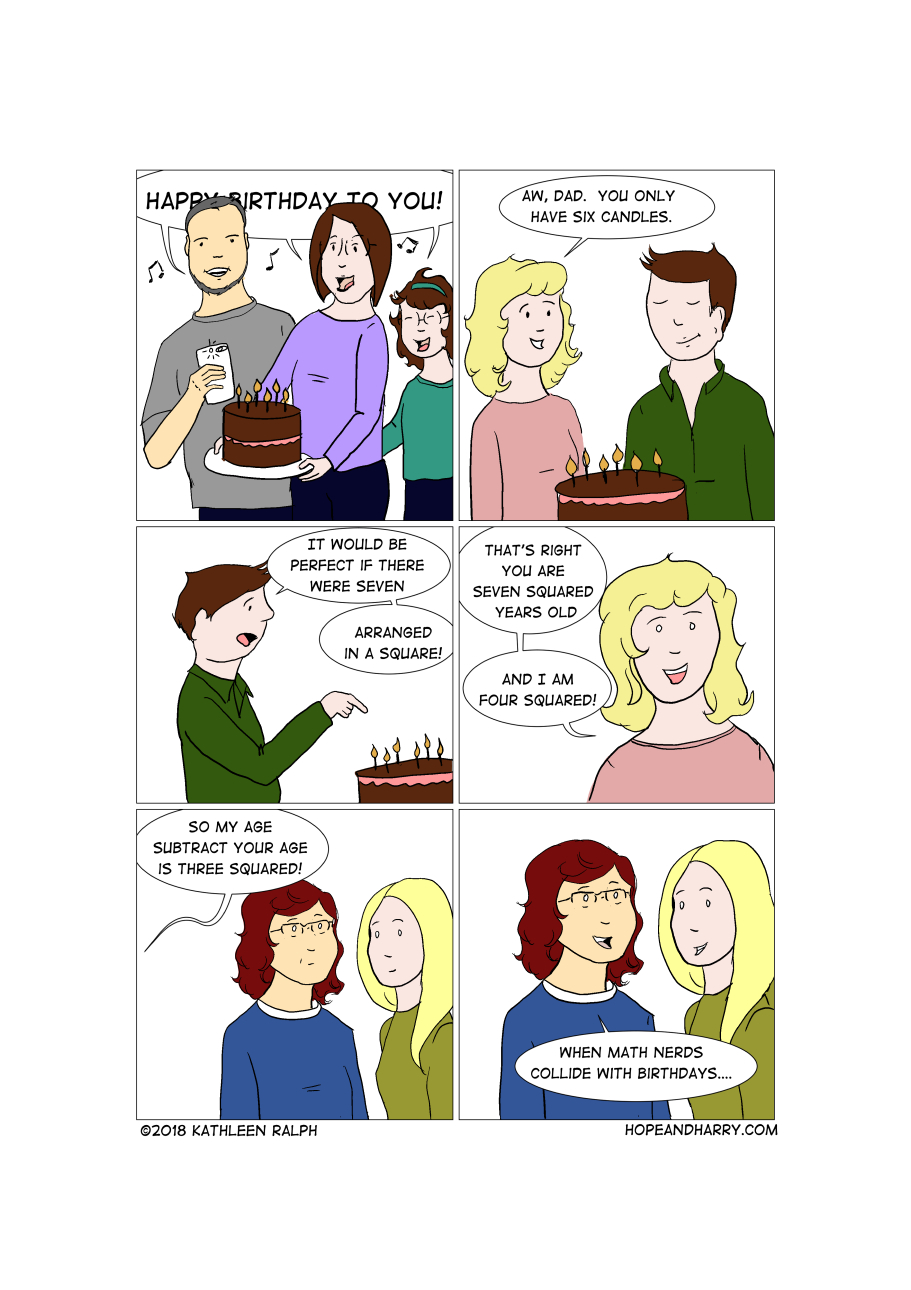 Yes, this is a thing that actually happened.  I'm not great a math, but I obviously have an affection for people who are. The comic is a full week late.  I had a crazy stressful couple of weeks and just couldn't manage to get the comic together in time.  Now that the worse of the stress is over I'm back in the groove and ready to kick some comic butt (so to speak!)

We have cameos this week!  Bryan in the first panel, and Joanna and Carolyn in the last panels joining us for Harry's birthday party!  Thanks for letting me draw you badly again!

If you like the comic and want to support me consider contributing to my Patreon, or just buying me a cup of coffee.  Your support of my comic ensures that I can keep the comic ad-free and helps pay for the subscription for my drawing software.  It also just says that you want to support my work, which is a huge lift to my spirits and makes it a lot easier to draw on the days when I feel invisible.