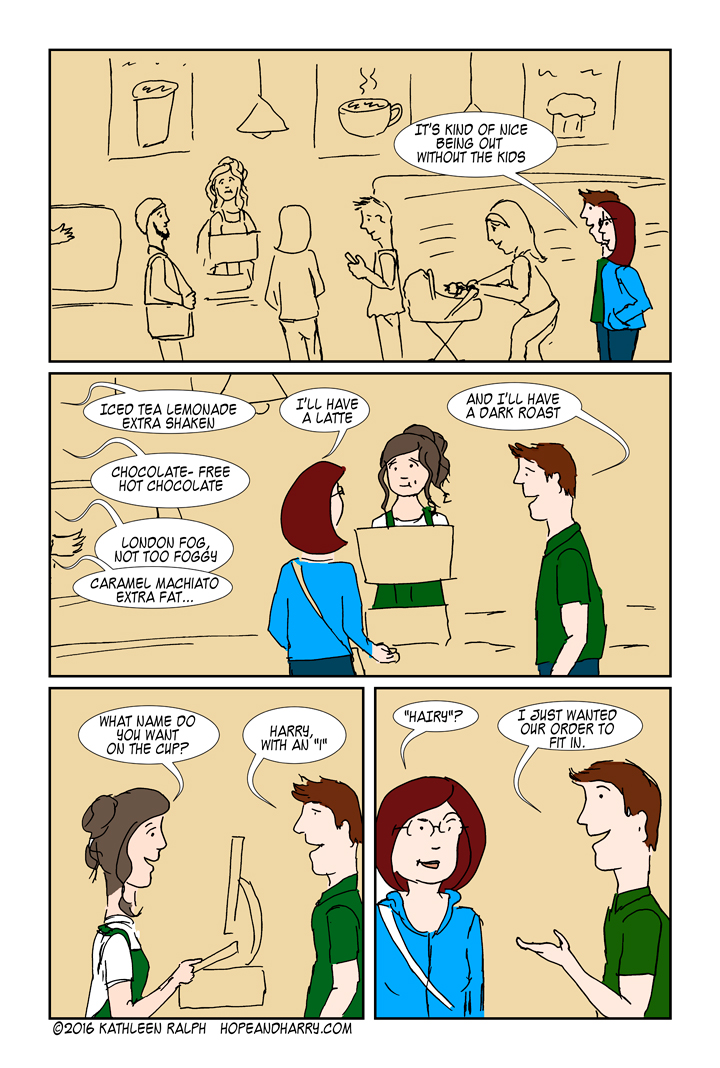 Hope and Harry are rather un-adventurous in their coffeeshop tastes, but on the other hand Harry does have fun ordering. Sorry about the lack of comic last week.  It was Thanksgiving here in Canada and I was enjoying it thoroughly. Clearly the buffer isn't where I would like it to be, I used up the extra comics when my new day job started and I haven't had time to get them in shape.