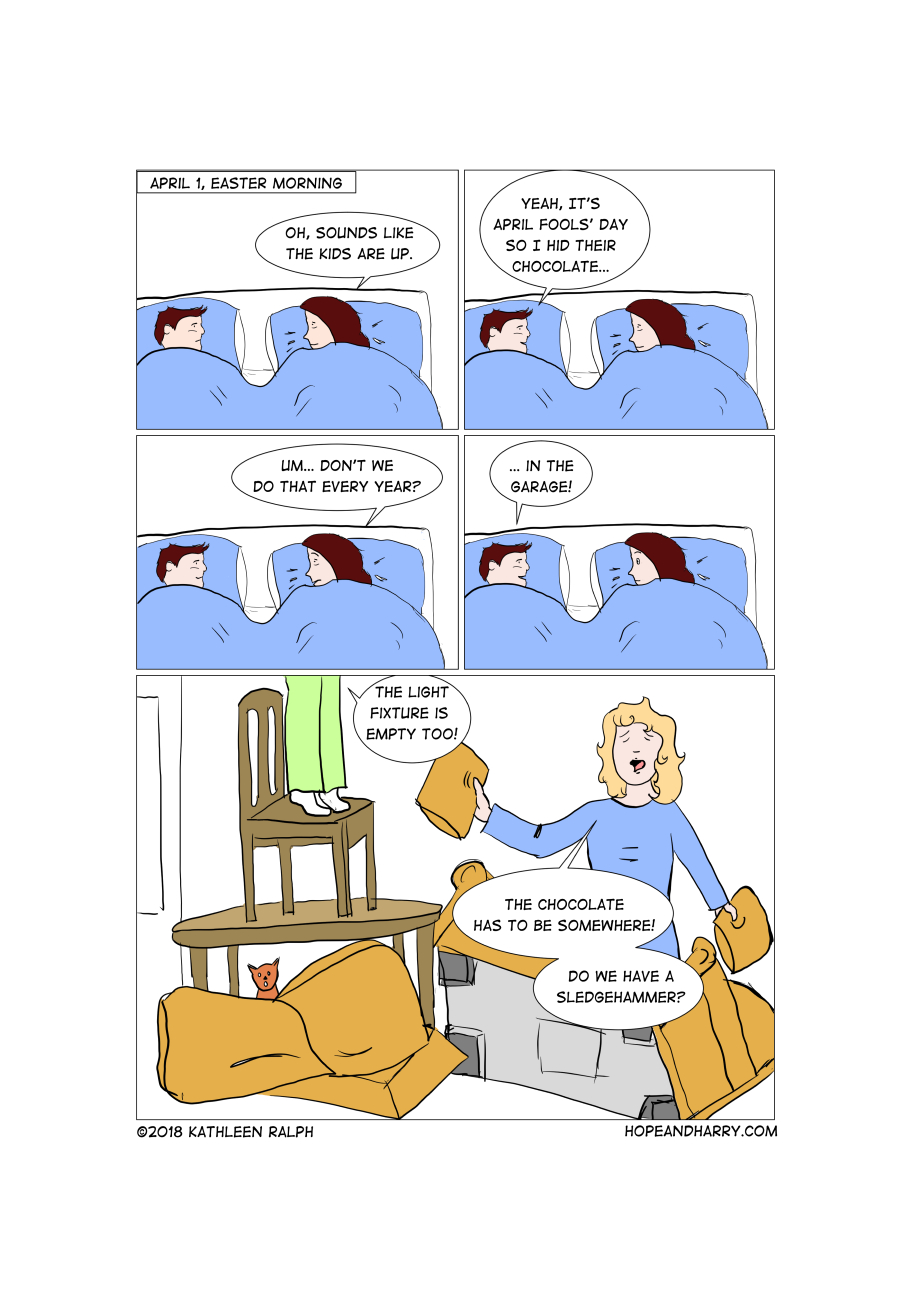 Some April Fools' Day jokes don't turn out the way you expect.

I had another comic planned for today but the combo of Easter and April Fool's Day was a bit too much to resist.  This is one of those comics that is not actually reflective of my life, but rather a collaboration with the kids about what we thought would be amusing for the comic.

There are no Calgary Comic Expo cameos this week  - but next week's comic will have a few and they will all be complete before Expo starts this year!

If you like the comic and want to support me consider contributing to my Patreon, or just buying me a cup of coffee.  Your support of my comic ensures that I can keep the comic ad-free and helps pay for the subscription for my drawing software.  It also just says that you want to support my work, which is a huge lift to my spirits and makes it a lot easier to draw on the days when I feel invisible.