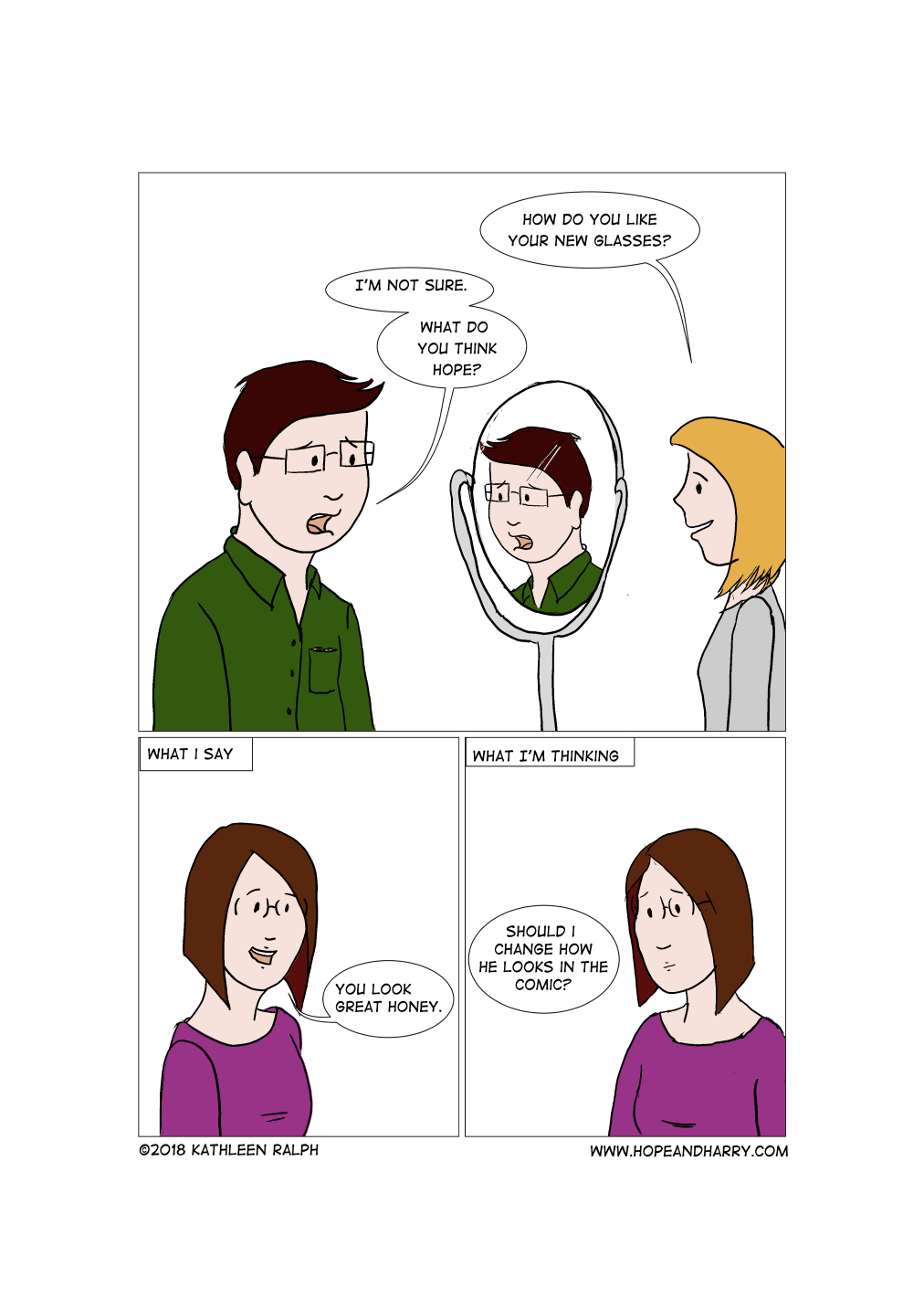 This is actually truer than I would I like to admit.  Harry did get glasses last week and my first text message to him was "Hi Dork!*" then I thought about if I should change him in the comic or not.  Characters change all the time in comics, so I'm sure it won't come as a shock to you guys.

Today's Calgary Comic Expo Cameo is Larissa, helping Harry with his glasses in the first panel.  Thanks for letting me draw you badly, again.... (please don't sue)

If you like the comic and want to support me considercontributing to my Patreon, or just buying me a cup of coffee.  Your support of my comic ensures that I can keep the comic ad-free and helps pay for the subscription for my drawing software.  It also just says that you want to support my work, which is a huge lift to my spirits and makes it a lot easier to draw on the days when I feel invisible.

So thanks for your support!