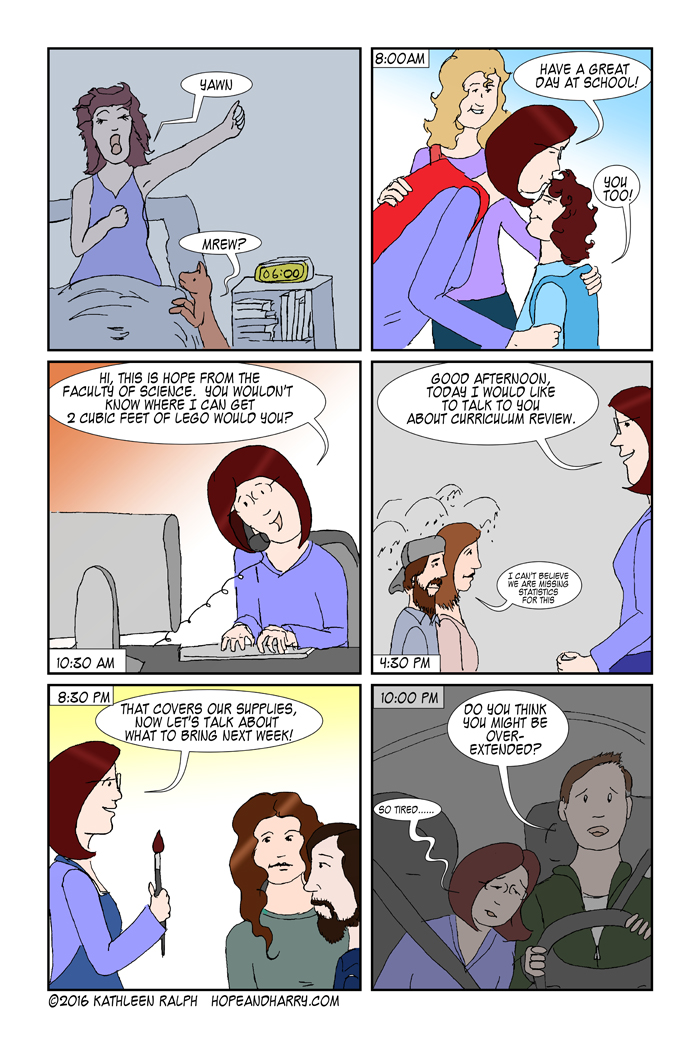 Ah, Wednesdays.  Hope (and I) have a lot of things going on Wednesdays.  But at least there is Harry ready to pick her up an bring her home.

I had another comic in mind while I was making this one but I haven't figured out how best to tell the story.  One thing that I have learned while making comics is that not every story is a tale that should be told in this medium.  Some stroies are better suited for other things.

Comic Expo Cameos: Tory and Danica are missing Stats class and Breanne and Sean are enrolled in Hope's Painting class.  Thanks guys for letting me draw you badly two times.